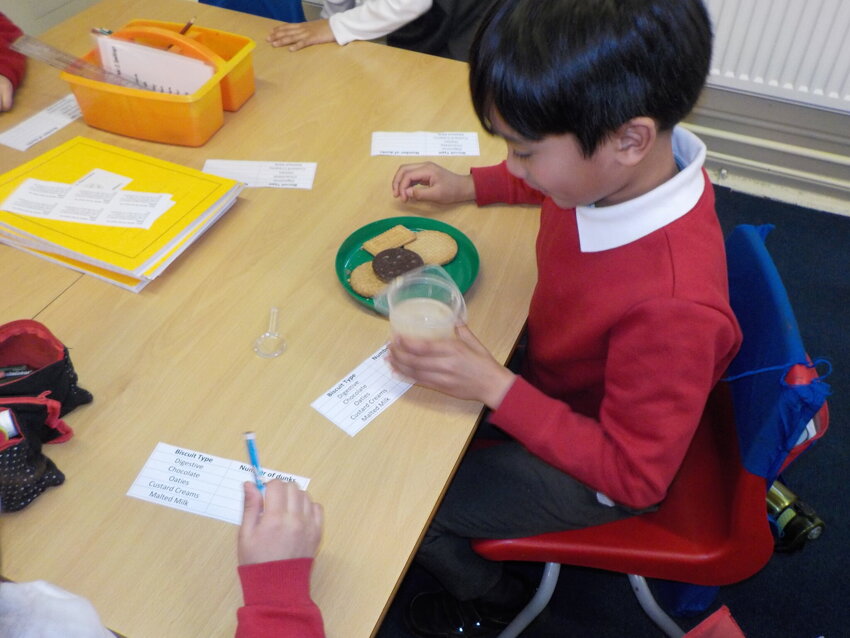 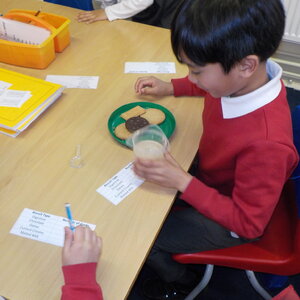 Year 2 were given the task of investigating which biscuit would make the best dunker for Miss Pugh's cup of tea. They had 4 different biscuits to test.

The class started off by observing the biscuits and looking for differences. They then decided which one they thought would make a good dunker, one that wouldn't fall apart in the cup of tea.

They shared ideas about how to make the test a fair test. They then enjoyed testing all the biscuits. It got quite messy with lots of soggy biscuits in jugs of water!

They found out that the chocolate biscuit lasted longest. 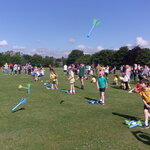 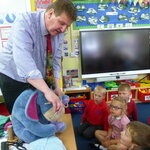